The ice shelf that is holding back the ‘Doomsday glacier’ could break sooner than expected.

0
SHARES
2
VIEWS
Share on FacebookShare on TwitterShare on Whatsapp

Scientists have detected disconcerting and worrying indicators near the planet’s southern end, particularly in one of the ice shelves protecting the Antarctic’s so-called “Doomsday glacier,” while the planet’s fast warming landscape transforms the topography of the Arctic region up north.
Researchers presented satellite images taken just last month at the American Geophysical Union’s annual meeting on Monday, indicating that the critical ice shelf holding together the Thwaites glacier in western Antarctica — an important defense against global sea level rise — could shatter within the next three to five years.
The Thwaites glacier in Antarctica is known as the “Doomsday glacier” because of the grave danger it poses throughout its melting process. It has poured billions of tons of ice into the sea, and its extinction could have catastrophic consequences for the rest of the world.

The glacier, which is about the size of Florida or the United Kingdom, is already responsible for around 4% of yearly global sea level rise, loses roughly 50 billion tons of ice each year, and is growing increasingly sensitive to climate change.
The inevitable collapse of Antarctica’s crucial glacier might be triggered by the ice shelf’s collapse.
According to specialists, if the Thwaites fell, sea levels would rise by several meters, putting coastal towns and low-lying island nations at risk.
However, Ted Scambos, a glaciologist at the University of Colorado Boulder and a leader of the International Thwaites Glacier Collaboration, believes it will be decades before the globe sees a true acceleration and an extra rise in sea level.
“What’s interesting about Thwaites is that the shift will happen quickly and with observable impacts within the next several decades,” Mr Scambos told CNN. 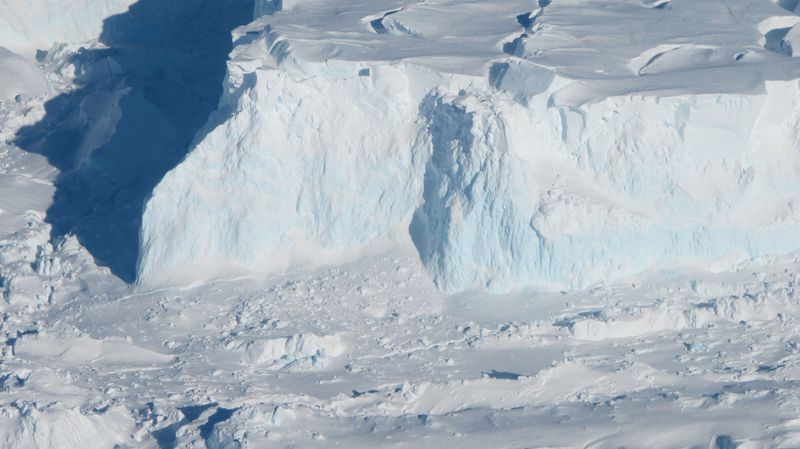 “If this ice shelf is lost, the glacier will flow more swiftly into the ocean, leading to sea level rise.”
Warming ocean waters are a major contributor to the fast degradation. The International Thwaites Glacier Collaboration, which is now directing continuing research in the Antarctic, discovered the ocean floor is deeper than previously thought, with deep passageways allowing warm ocean water to melt the underside of the ice, according to a report published in 2020.
The findings suggest that the Thwaites’ vital ice shelf is losing its grasp on the underwater mountain, or seamount, which functions as a reinforcement against the ice river pouring into the warm ocean. The so-called “ice tongue” of the Thwaites Glacier has also been discovered to be little more than a “loose cluster of icebergs” that no longer impacts the stable section of the eastern ice shelf.

Mr. Davis and his crew drilled access tunnels through the ice shelf’s surface and deep into the ocean cavity underneath it using hot water. They determined that the ocean waters at the grounding line are not only warm by arctic standards, but also salty, preparing the environment for additional erosion.
The physical qualities of the grounding zone, such as warm water, rough ice, and a steep, sloping bottom that permits the water to rapidly melt the ice sheet from below, reveal signals of disorder, according to Peter Washam, a Cornell University research associate who is also engaged with the project.
“We predict the Thwaites grounding line in the region to gradually retreat up the seabed slope it now sits on in the coming years as the heated water eats away at its underbelly,” Mr Washam told CNN. His group employed aIcefin is an underwater vehicle that allows studying ice and water around and beneath ice shelves more simpler.
According to Mr. Davis, the Thwaites Glacier in Antarctica is quickly degrading. Warm ocean water is gradually erasing the ice underneath it, forcing water to flow faster, shattering more ice, and bringing the impending prospect of collapse closer.
“We’re seeing these large cracks spreading throughout the ice shelf surface, effectively weakening the fabric of the ice; kind of like a windshield crack,” he added, referring to satellite data. “It’s steadily expanding across the ice shelf, and it’ll ultimately shatter into several pieces.” 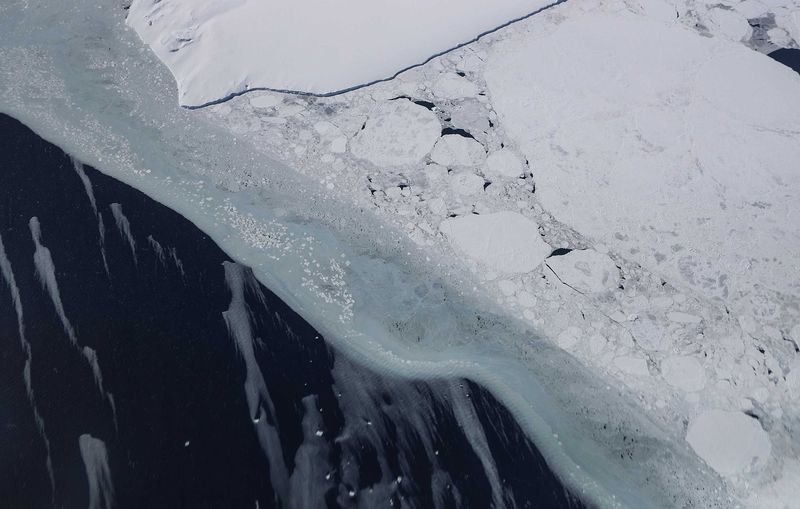 Mr Scambos believes that, despite the fact that the process is exceedingly slow and that the main effects would not be noticed for decades, it is practically difficult to stop it.
“This is a geologic phenomenon,” he explained, “but it’s happening on a human-lifetime scale.” “It is a very slow-moving calamity for individuals alive today. The best course of action is to try to slow down the forces driving the ice in this direction.”
As the effects of the climate crisis extend over the world, the researchers argue that boosting scientific study to understand changes in both the Arctic and Antarctic areas is crucial for developing mitigation techniques like coastal defenses in vulnerable communities.
Mr Davis stated, “We can’t really do much to stop this from happening,” except than slowing it down.

“We’re basically taking the repercussions of what we’ve been producing for the last couple of decades, if not longer, because of the way we’ve been going with our carbon emissions so far.”

COVID-19 spread in the US: How omicron impacts each state by population

Are you sure want to cancel subscription?